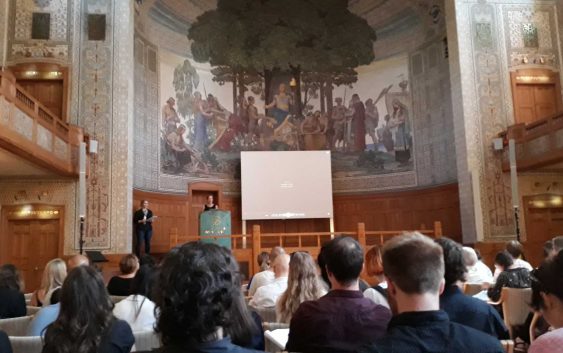 Season 8 of the podcast returns with an episode of discussion from the Philosophy-Conference in Gothenburg which Dario attended over the summer. The theme of the event was Feminist Film-Philosophy which was driven by the festival director Dr. Anna Backman Rogers who discusses her aims for the conference putting female filmmakers and philosophers front and centre, she also talks about her work with the MAI journal and discusses her own research particularly her analysis of Sofia Coppola as a feminist auteur.

Dario then speaks to Dr. Catherine Wheatley her keynote speech at the conference which looked at the Stanley Cavell's writings on gender and film, particularly in the light of criticisms he received from Tania Modleski who accused him of practicing a "feminism without women". Wheatley uses this dialogue as a starting point for discussions about who Film-Philosophy speaks for an to.

In the last conversation, Dario and Catherine are joined by Dr. David Sorfa for a wide-ranging discussion around the discipline of Film-Philosophy including its cross-over with film studies, how film-philosophy should be taught, and the gender questions around which filmmakers and philosophers should be studied.